United Kingdom based financial holdings company, HSBC, is the seventh largest bank in the world by assets and sits at #88 on the Fortune Global 500 list, with revenues of $75,329 million.

However, all businesses, especially ones as large as HSBC go through tough times. Whether it's a global recession, increased competition, technological developments, or scandal, businesses must always be alert to the potential for stormy waters.

In March 2017 a story was broken by the UK press which connected several British based financial institutions to a worldwide money laundering operation out of Russia. It was estimated around $740 million was laundered through companies such as Barclays, Royal Bank of Scotland, Lloyds, and HSBC.

The operation, known as "The Global Laundromat" was thought to have involved criminal figures at all levels. The ingenious scheme involved fictitious companies - which only existed on paper at London Companies House - giving each other loans, guaranteed by other businesses in Moldova. The recipient of the loan would then default on the repayment which - once the debt was authenticated - allowed the criminals to transfer the money out of Russia, to Moldova from where it could be moved into European Union (EU) countries. 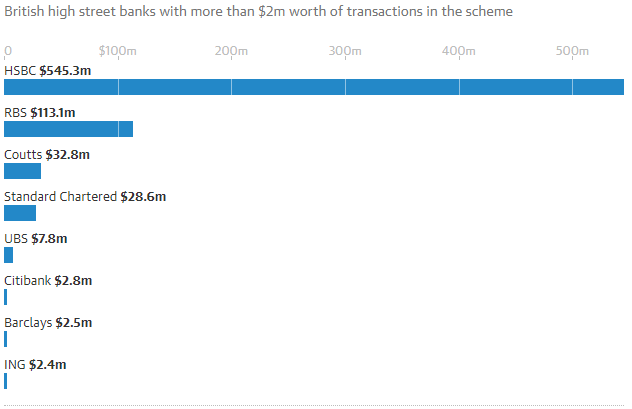 While HSBC was certainly not the only bank to have unwittingly assisted in the Global Laundromat scheme, they were responsible for handling the largest proportion of the money, by far.

"This case highlights the need for greater information sharing between the public and private sectors, each of whom holds important information the other does not," an HSBC spokesperson said at the time.

While there has been absolutely no evidence to suggest any of the banks in question were knowingly complicit in the Global Laundromat scheme, HSBC has acknowledged the case highlights clear issues in the way it monitors for illegal activity.

A further statement from HSBC added:

"Instances of potential financial crime that the Department of Justice and HSBC are reviewing further, and on-going systems and control deficiencies, that in our view raised questions as to whether HSBC is adhering to its obligations under the US DPA [deferred prosecution agreement] - a matter that would be determined by the Department of Justice in its sole discretion. There remain substantial challenges for HSBC to meet its goal of developing a reasonably effective and sustainable AML and sanctions compliance program."

HSBC has therefore dedicated itself to putting new and innovative measures in place to ensure criminal networks can never take advantage of its services again.

Shortly after the news broke HSBC announced an innovative partnership with Artificial Intelligence (AI) tech start-up, Ayasdi. Most compliance based checks within financial institutions such as HSBC are presently carried out manually by human staff. However, research by Ayasdi themselves has identified most anti-money laundering investigations conducted by banks are unable to detect unusual activity, resulting in a waste of time and resources. 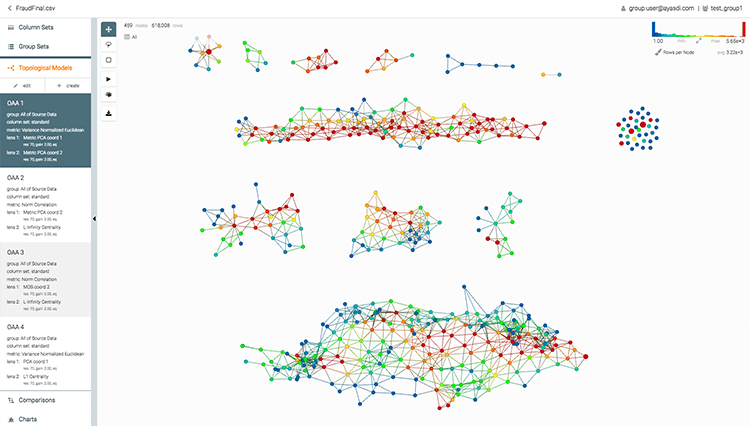 However, the introduction of AI technology into the compliance process, can help improve efficiency in several different ways.

AML Transaction Monitoring and Sanctions Screening: AI can similarly reduce the number of false alerts by taking more data into account. It can use this data to identify complex criminal activity occurring across different products, lines of business, and customers.

More In-Depth Knowledge of Customers: Linkage detection between accounts, customers, and related parties can help institutions to fully understand the risk of doing business with a party. Through analysis of unstructured data, it can recognize relevant, yet difficult to identify negative news.

By taking on the work of literally thousands of human beings, Ayasdi's sophisticated AI technology can spot patterns and inconsistencies which would be impossible for manual checks to detect. The Global Laundromat scandal shook the financial world to its core, but HSBC would rather be defined by its efforts to prevent money laundering, than its mistakes.

And with AI implementation they have effectively demonstrated this commitment.

"[Anti-money laundering checks] is a thing that the whole industry has thrown a lot of bodies at because that was the way it was being done. However, AI technology can help with compliance because it has the ability to do things human beings are not typically good at like high frequency high volume data problems."

Artificial intelligence will be a hot topic at Future Digital Finance 2018, at the Omni Amelia Island Plantation Resort in March.