Here's How Wells Fargo is Ponying Up for its Digital Transformation

Henry Wells and William G. Fargo started Wells Fargo & Company - as the company was then called - in 1852 to provide express banking services to the people of California. Wells and Fargo had previously founded the express mail company, which would eventually become credit card heavyweight, American Express in 1950.

Over the next century, Wells Fargo expanded rapidly to the point where it stands today as the world's second largest bank by market capital - $274.4 billion - which places it at #5 on the Forbes Global 2000 list of the world's biggest public companies.

Wells Fargo didn't get where it is today by shying away from innovation, and has long been demonstrating its commitment to remaining an industry leader during the global digital transformation.

Like many modern businesses, Wells Fargo has its own department dedicated to coming up with innovative technologies and/or initiatives with which to better serve their account holders. 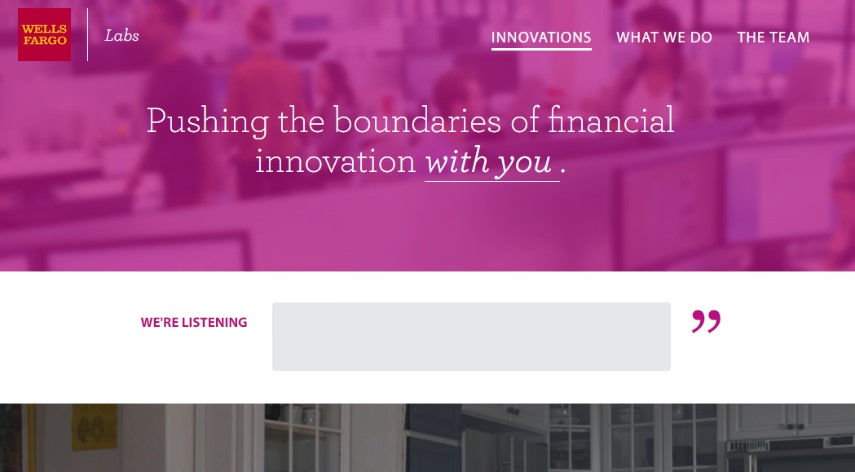 The first thing apparent when people visit the Wells Fargo Labs page is a large comment box. This is in place for users to offer any suggestions or thoughts on, either the innovations being touted, or fresh ideas they may have. As users scroll down the page and view the various innovation which are already being worked on, they are invited to tick yes/no boxes with questions such as, "would you use this innovation if it was released?" or, "Have you tried this feature out yet?"

All this is designed to create an idea of community between the innovation team at Wells Fargo, and the users who will ultimately benefit from the initiatives if and when they are implemented. Working out of a brand new and high-tech location in San Francisco, the Well Fargo Innovation Lab is supplied with all the tools it needs to perform its role.

"We needed a place to showcase our demos for customers, executives, and the team member population," says Director of Wells Fargo Innovation Group, Miranda Hill. "You can only do so many PowerPoint presentations. But by creating demos for a smartphone or tablet, we can provide an immersive experience that is much more effective."

The Innovation Lab at Wells Fargo has several great innovations at various stages of development, from those at the concept stage, to those already live in the field.

One innovation which has passed through its beta testing stage and has now been rolled out is Wells Fargo's brilliant new cardless ATM concept. Since March 2017, Wells Fargo account holders have been able to withdraw cash from an ATM, without using a traditional cash card.

Customers instead use the Wells Fargo app they have installed on their smartphones to generate a single use code, which they then enter into the ATM, along with their PIN. The ATM will then dispense cash in the usual way - just as if a cash card was used. The code expires after a short time if it remains unused. Cardless ATMs add an extra layer of convenience and security to the cash withdrawal process.

"Security certainly was a big aspect of the cardless feature and the two-step identification helps reduce the risk of fraud," Jonathan Velline, Wells Fargo's head of ATM, said. "Mobile transactions will prevent scammers from skimming customers' cards, as well. [The company] plans to roll out an update later this year that will make the process even easier. When that feature arrives, you won't even have to request a code: you'll only have to hold up your phone to a reader on the machine to get your money."

Even if customers don't wish to use the Cardless ATM feature on a regular basis, it provides an extra option in case of an emergency. If a customer loses or forgets their card, for example.

Another innovation, which is yet to be rolled out, is a new take on the iconic Wells Fargo plush pony. 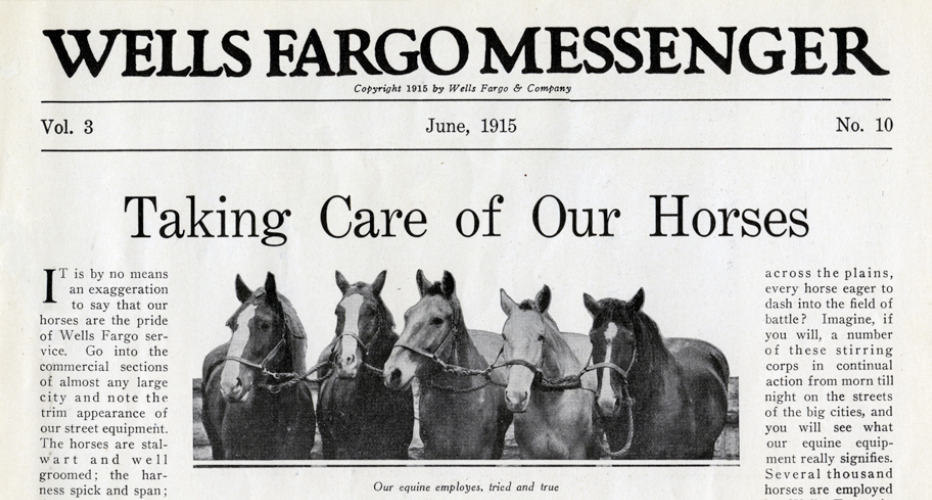 The Wells Fargo ponies are a range of plush toys, each based on and named after a real workhorse from the company's history. To honor these animals - without which the company wouldn't have been able to function in those early years - Wells Fargo commissions and sells a range of adorable cuddly toys. 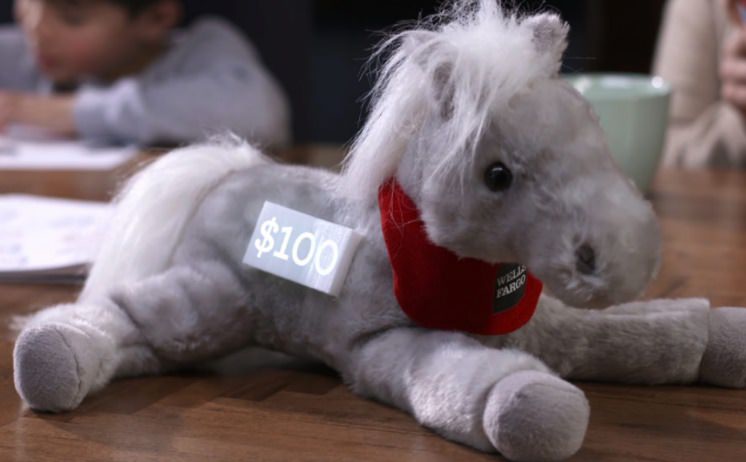 Inspired by these iconic plush toys, and Internet of Things (IoT) technology, Wells Fargo has created a lovable soft companion which also serves as a tool to teach children about finance. When a child's parents deposit money in their progeny's savings account, a small screen on the toy lights up and displays the account balance, providing children with a handy and adorable reminder regarding how their savings are progressing.

Riding into the Future

It's clear Wells Fargo isn't looking to simple circle the wagons and settle anytime soon. With the innovations already being put out by its brand-new Innovation Lab - and those still in development - Wells Fargo certainly isn't ready to ride off into the sunset.

"I hope to provide more team members with a front-row seat to innovation," she says. "It is critical for the lab to continually push the boundaries on the future of personal finance and money management. The more we motivate team members to reimagine experiences, the more successful we'll be as an organization in redefining the future of banking."